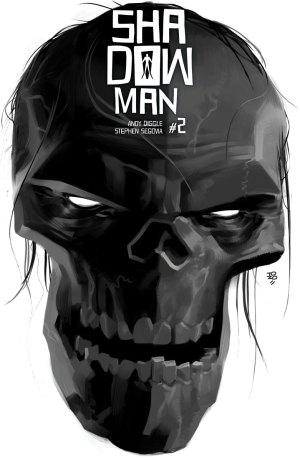 Beware the call of Baron Samedi!

As first revealed at The Beat, Valiant is proud to present your first look at SHADOWMAN (2018) #2 – the second death-defying chapter of THE POWERFUL NEW ONGOING SERIES from acclaimed writer Andy Diggle(Green Arrow: Year One) and blockbuster artist Stephen Segovia (Action Comics)! On April 25th, the New Year’s most anticipated new series plunges even deeper into the darkest recesses of the Deadside to reveal the vengeful machinations of Baron Samedi…and reaffirm Jack Boniface’s rightful place as mankind’s last line of defense against the forces of death and damnation!

Jack Boniface has only just returned home to New Orleans…but the Deadside won’t let him stay gone! From across the veil of life and death, the malignant presence of Baron Samedi – a ravenous voodoo deity bent on consolidating power at all costs – now seeks to infiltrate the mortal plane and claim the legacy of Shadowman for himself! But even as Jack and Alyssa marshal a defense to Samedi’s inhuman agenda, a monstrous new force – driven by killer instinct and a rabid hatred of the Shadowman – is about to turn the Big Easy’s back alleys into a hunting ground…

On April 25th, “FEAR OF THE DARK” stalks forward as Andy Diggle and Stephen Segovia bring a hard-hitting reckoning of magic and might to Valiant’s must-read new series launch of 2018, only in SHADOWMAN #2 – featuring covers by Tonci Zonjic (Who is Jake Ellis?), Renato Guedes (BLOODSHOT SALVATION), Juan José Ryp (BRITANNIA), and Ben Templesmith (30 Days of Night)!

But first: In the epic tradition of X-O MANOWAR and BLOODSHOT REBORN, a staggering new beginning for Valiant’s supernatural icon starts here on March 28th with the all-new SHADOWMAN (2018) #1!

Don’t fear your demons… Fight them! Orphaned as a child and raised on the margins of society, Jack Boniface never knew his place in the world. Until he discovered it waiting for him…in a darkness far older than the reign of men…

Unbeknownst to him, Jack was fated to become the next in a long lineage of Shadowmen – mortals bound to violent voodoo spirits of immense power – that could safeguard our world against incursions from realms beyond. For years, he struggled to control the loa’s murderous urges – a battle he eventually lost.

But now, after years of self-imposed exile, the man once known as Shadowman is returning home to sharpen the weapon within…and unleash a reckoning on the evils of our world that will soon send shockwaves through heaven and hell alike… 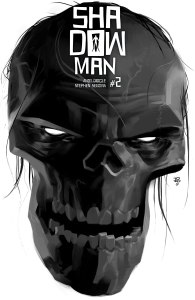 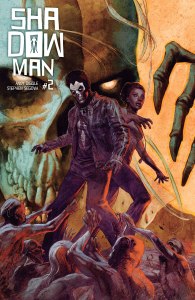 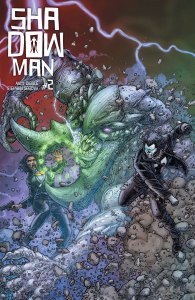 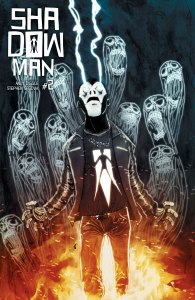 One Final Mutant Prepares For Battle In X-MEN: RED!

How Realistic Was the Security in National Treasure?