Lieutenant Commander Worf Assembles His Own 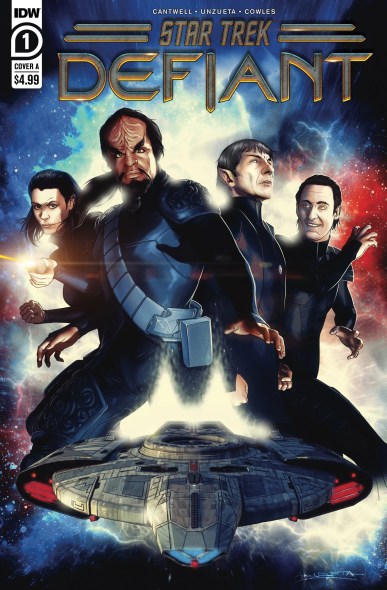 SAN DIEGO, CA (October 11, 2022) – Earlier this year, IDW revealed to the world their commitment to building an expansive, accessible Star Trek universe of comic book continuity, debuting with a brand-new ongoing series simply titled Star Trek due for release later this month. Now, IDW proudly forecasts the first expansion of that initiative with the March 2023 launch of Star Trek: Defiant, an ongoing series that sees the fan-favorite Worf assembling a hand-picked crew to face a galaxy-spanning threat.

In Defiant, someone is killing the gods…but while Benjamin Sisko and the U.S.S. Theseus have been facing the threats in the higher cosmos, very real casualties are growing on lower ground. The true enemy is a man, not a god, and Worf of House Martok has put together his own crew aboard the U.S.S. Defiant in the hopes of defeating the dangerous messiah behind a genocidal cult. Pulling from all eras of Star Trek canon to create something wholly unique and unexpected, Star Trek: Defiant unites some of the strongest personalities in the franchise—including Spock, B’Elanna, Lore, and more—on a mission with very little guarantee of success!

“Ever since I made my dad take me to my first Star Trek convention when I was ten, I have been waiting for this moment,” says Cantwell. “When Heather Antos, Jackson Lanzing, and Collin Kelly reached out to me about writing the first book to spin out of their flagship Star Trek title, I wanted the quality to match my massive wells of enthusiasm; I knew this book needed to be undeniably Star Trek first and foremost, but also something new and complex that would have readers leaning forward as they engaged with a more unexpected journey to the stars. Whereas the new Star Trek book carries forward the grand tradition of Starfleet’s saga of discovery and exploration, Defiant immediately sets out to break the rules of the Federation and go on a fugitive run from Starfleet with a cast of Trek’s best iconoclastic heroes and ne’er-do-wells, each of them straddling worlds in their identities and calibrations in their moral compasses as they embark on a high-stakes galactic manhunt…the Prime Directive be damned.”

“To be part of this amazing new Star Trek universe is a big challenge, and I love big challenges,” says Unzueta. “It will be very exciting to show how far our crew can go to save the universe, how many rules they can break just to make things right, how ‘badass’ these guys can be when compared to the more clean-cut crew of the Theseus from the ongoing series. Also, I’m working with a great writer, friend, and partner from our Iron Man days, and with my favorite editor, who is pushing me to the stars once again. I am so excited and ready to make this book a new experience for the Trek audience!”

“Just when you thought Star Trek comics couldn’t get any bigger, we’re continuing to boldly explore new frontiers,” says Senior Editor Heather Antos. “Between the flagship title and Defiant, it’s safe to say that we have comics’ biggest Trek fans—Lanzing, Kelly, Cantwell, Rosanas, and Unzueta themselves—crafting what is going to be Star Trek’s biggest and boldest interconnected comics story ever. And this is only just the beginning!” 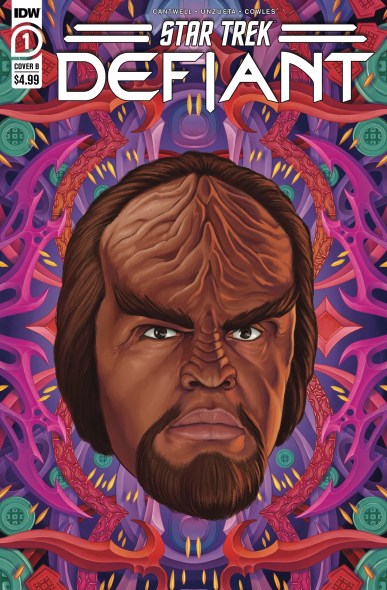 For information on how to acquire copies of Star Trek comic books, please contact your local comic shop or visit www.comicshoplocator.com to find a store near you.

IDW (NYSE AMERICAN: IDW) is a leading media company providing uniquely compelling stories and characters in various genres for global audiences across all entertainment platforms. The award-winning IDW Publishing and IDW Entertainment divisions holistically evaluate and acquire IP for franchise development across comics and graphic novels, television, theatrical, merchandise, and other entertainment platforms, in addition to bringing world-renowned storytelling to life with our creative partners.

Captain Ruggels Gaming - Ruggels Went to the Nether In Minecraft