PORTLAND, OR, 03/22/2018 — In response to recent feedback from direct market retailers, Image Comics is pleased to announce the expansion of the popular “Image Firsts” editions—printings of the first issues of popular series that only cost $1. Perfect for readers interested in trying out a variety of new series without feeling the effects on their wallet, five popular titles will have their Image First editions brought back to print while seven additional bestselling series will get Image First editions this April. These new releases will be available in stores on Wednesday, April 25th—just in time for retailers to stock up for the influx of new customers on Free Comic Book Day on Saturday, May 5th.The final order cutoff deadline for retailers on all three is Monday, April 2nd.

New Image Firsts to be added to the line: 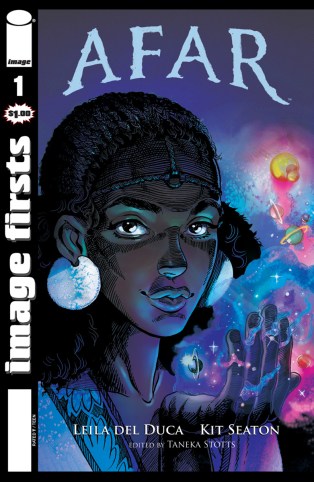 AFAR #1 by Leila Del Duca & Kit Seaton (Diamond Code FEB180593)
In a fantastical post-industrial desert, 15-year-old Boetema suddenly develops the ability to astral project to other planets while she sleeps. When she accidentally gets a young man hurt on a planet light-years away, she must figure out a way to project back to save him. On her own world, Boetema’s two parents have temporarily left her and her 13-year-old brother, Inotu, to make a living as salt shepherds. Left to their own devices, the two siblings must flee across a dangerous desert when Inotu gets into trouble with a threatening cyborg bodyguard. As Boetema visits amazing planets and encounters vibrant cultures, she must confront her mistakes and learn to trust in Inotu as she navigates her newfound abilities. 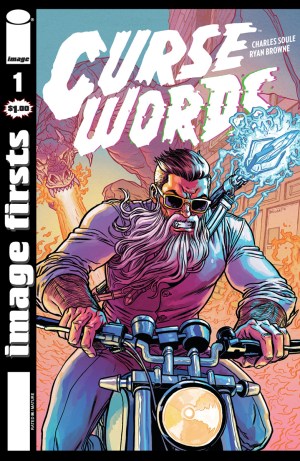 CURSE WORDS #1 by Charles Soule & Ryan Browne (Diamond Code FEB180595)
A wizard has appeared in present-day New York! His name is Wizord, and he’s here to save us all from dark magical forces bent on our destruction. He’s the best wizard of all time! Or…he’s not, and he’s lying to everyone, and secretly is the dark magical force, but wants to hang out in our world for a while because it’s so much nicer than the hellhole he comes from. Secrets, and spells, and talking koalas—CURSE WORDS is a gonzo dark fantasy from Charles Soule (Daredevil, Letter 44, Star Wars) and Ryan Browne (GOD HATES ASTRONAUTS). 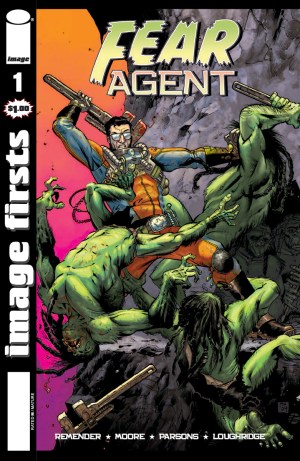 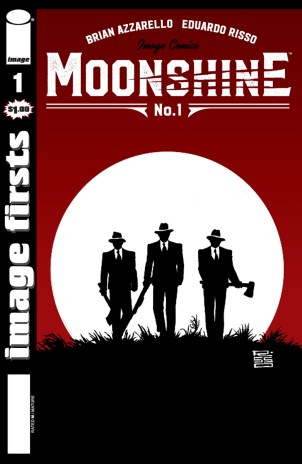 MOONSHINE #1 by Brian Azzarello & Eduardo Risso (Diamond Code FEB180597)
From writer Brian Azzarello and artist Eduardo Risso—the Eisner Award-winning creative team behind the crime classic, 100 Bullets—comes a brutal new series that puts a horror twist on a classic gangster tale! Set deep in Appalachia during Prohibition, MOONSHINE tells the story of Lou Pirlo, a city-slick “torpedo” sent from New York City to negotiate a deal with the best moonshiner in West Virginia, Hiram Holt. Lou figures it a milk run, but what he doesn’t figure is that Holt’s just as cunning and ruthless as any NYC crime boss. Not only will Holt do anything for his illicit booze operation, he’ll stop at nothing to protect a much darker, bloodier family secret. 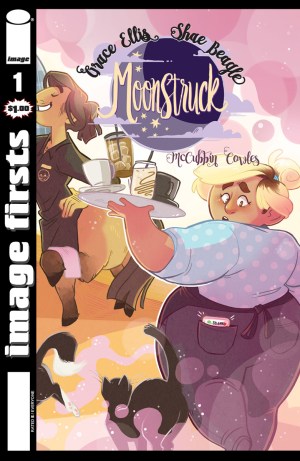 MOONSTRUCK #1 by Grace Ellis & Shae Beagle (Diamond Code FEB180598)
Werewolf barista Julie and her new girlfriend go on a date to a close-up magic show, but all heck breaks loose when the magician casts a horrible spell on their friend Chet. Now it’s up to the team of mythical pals to stop the illicit illusionist before it’s too late. The first chapter of the brand-new, all-ages, magical, coffee-laden adventure from Lumberjanes creator Grace Ellis and talented newcomer Shae Beagle. 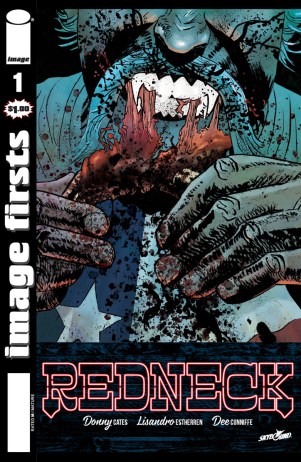 REDNECK #1 by Donny Cates & Lisandro Estherren (Diamond Code FEB180599)
The Bowmans are vampires who have quietly run the local barbecue joint in their small town for years, living off cows’ blood. Their peaceful coexistence ends as generations of hate, fear, and bad blood bubble to the surface—making it impossible to separate man from monster! Critically acclaimed writer Donny Cates (GOD COUNTRY) and artist Lisandro Estherren serve up the tale of a different kind of family just trying to get by, deep in the heart of Texas. 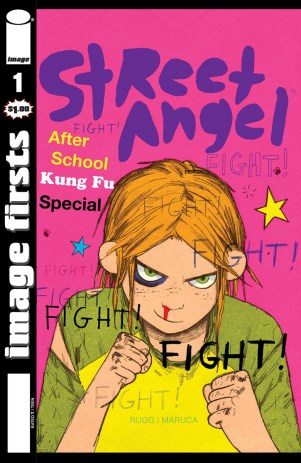 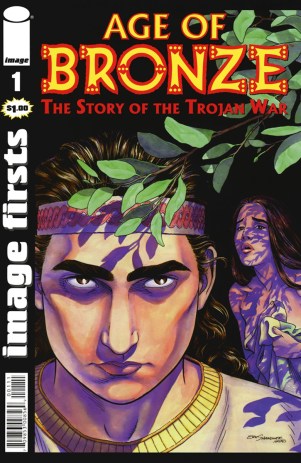 AGE OF BRONZE #1 by Eric Shanower (Diamond Code FEB180594)
Daring heroes, breathtaking women, betrayals, love and death—the most spectacular war story ever told: The Trojan War. When a lustful Trojan prince abducts the beautiful Queen Helen of Sparta, Helen’s husband vows to recover her no matter the cost. So begins the Trojan War. From far and wide, the ancient kings of Greece bring their ships to join the massive force to pledge their allegiance to High King Agamemnon. Featuring the greatest of the Greek heroes: Achilles, Odysseus, and Herakles, along with a cast of thousands. AGE OF BRONZE: A THOUSAND SHIPS reveals hidden secrets of the characters’ pasts, serving up joy and sorrow, leading up to the brink of war, and foreshadowing the terror to come. AGE OF BRONZE has been nominated for numerous Eisner Awards. 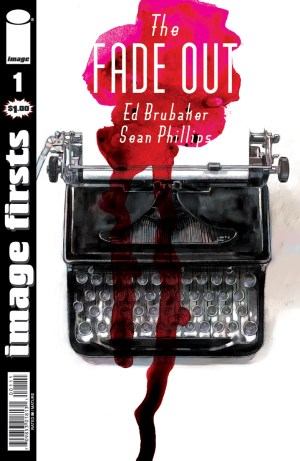 THE FADE OUT #1 by Ed Brubaker & Sean Phillips (Diamond Code FEB180601)
Brubaker and Phillips’ hit series, THE FADE OUT is an epic noir set in the world of noir itself, the backlots and bars of Hollywood at the end of its Golden Era. A movie stuck in endless reshoots, a writer damaged from the war and lost in the bottle, a dead movie star and the lookalike hired to replace her. Nothing is what it seems in the place where only lies are true. THE FADE OUT is Brubaker and Phillips’ most ambitious project yet. 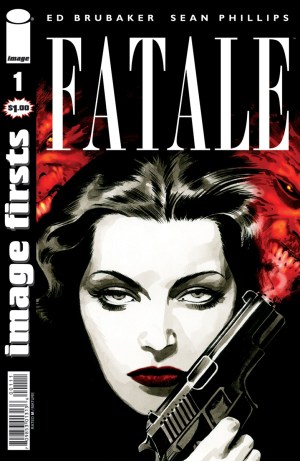 FATALE #1 by Ed Brubaker & Sean Phillips (Diamond Code FEB180602)
Secrets, lies, horror, lust, and monsters from the time before time all collide in FATALE: DEATH CHASES ME. In present day, a man meets a woman who he becomes instantly obsessed with, and in the 1950s, this same woman destroys the lives of all those who cross her path, on a quest for… what? 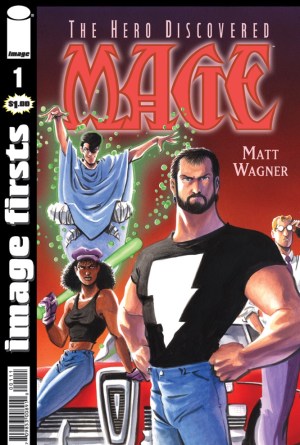 MAGE #1 by Matt Wagner (Diamond Code FEB180603)
Kevin Matchstick was a lonely, disaffected everyman until events beyond his control conspired to prod him into becoming the hero he never wanted to be. Accompanied by a mysterious wizard and a crew of loyal friends, the reluctant hero must discover the courage to accept his true power and defeat the dark powers that threaten reality itself. 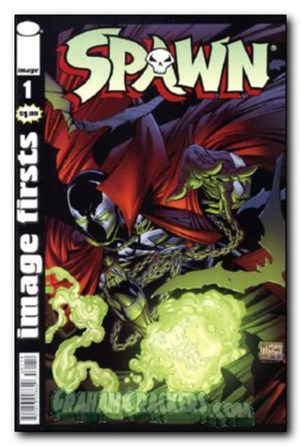