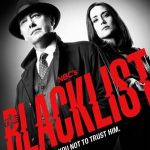 The 3 Coolest Cars from Geek Cinema