Stan Bush is ready to deliver The Ultimate – and today, we are proud to announce a partnership between L.A. Records and MelodicRock Records to bring Stan’s all-new studio album The Ultimate to fans worldwide!

MelodicRock Records has signed Stan Bush for the release of The Ultimate in Europe, with L.A. Records handling the North American release. The worldwide release is set for March 17th, 2014! 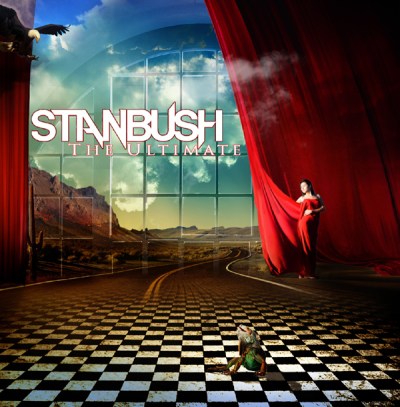 The Ultimate is Stan Bush’s 12th studio album and delivers his most electrifying work yet! Reuniting with “The Touch” collaborator Lenny Macaluso for the powerful title anthem, The Ultimate sees Bush return with the kind of uplifting motivational rock that has become his signature. The Macaluso track “Thunder in Your Heart” gets reinvented for The Ultimate album, which also contains the soaring anthems “Heat of the Battle” and “Unstoppable.”

Stan Bush’s new album The Ultimate offers trademark tracks like “Stand in the Fire” alongside the heartfelt introspection of “Love Again,” “The Memory of You” and “Something to Believe” as Bush takes on love, loss and the search for meaning. With his latest release, the veteran rocker strikes the perfect balance between his high-octane, positively-charged style and mature, emotive songcraft.

MRR owner Andrew McNeice: “Stan is one of the true icons of melodic rock. He has always been one of my favourite vocalists, dating back to his debut album and working with him over the years always a pleasure. It is an honor that we form a closer partnership to release his brand new album, which I think has all the requirements to become another Stan Bush classic.”

There will be a pre-sale announcement for the album in February on MelodicRock.com and StanBush.com and folks can always reserve a copy via their favorite online retailers in due course.

Stan will headline at the 4th annual MelodicRockFest this October in Arlington Heights, Illinois!

Review of Batman Beyond 2.0 Chapter 13