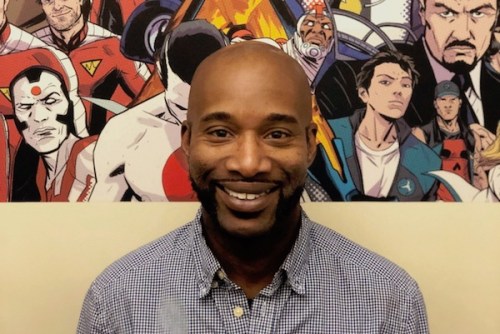 Valiant Entertainment is proud to announce that veteran editor, writer, and Eisner Award nominee Karl Bollershas been named to the position of Editor. In his new role, Bollers will assist Valiant Editor-in-Chief Warren Simons on an ongoing basis and contribute to Valiant’s critically acclaimed slate of monthly titles, including X-O MANOWAR, BLOODSHOT SALVATION, NINJA-K, QUANTUM AND WOODY!, and others, as well as the upcoming HARBINGER WARS 2 crossover event.

“Valiant is fortunate to have one of the most passionate and driven collections of editorial talent working anywhere in the industry today, and Karl’s skills as an editor and storyteller have already made him a wonderful addition to the team,” said Valiant Editor-in-Chief Warren Simons. “I’ve had the pleasure of knowing Karl for more than a decade and know that his instincts and experience will make him an immeasurable asset to our creators, our staff, and the Valiant Universe as a whole as we move forward to begin to plan for new and exciting adventures in 2018 and beyond.”

Bollers brings with him more than 20 years of experience in all facets of the comics industry. A former Associate Editor and Assistant Editor at Marvel Entertainment, Bollers contributed to multiple Marvel series as a writer, including Emma Frost, Soldier X, What If? and X-51: Machine Man, and later helmed a fan-favorite, 80-issue run on Archie’s Sonic the Hedgehog, for which he served as both writer and colorist. Bollers’ most recent credits include Valiant’s ARCHER & ARMSTRONG with artist Clayton Henry, and New Paradigm’s nominated Watson and Holmes series with artist Rick Leonardi, for which he earned a 2014 Eisner Award nomination for “Best New Series.”

“I’m honored to join the crew here at Valiant and am greatly looking forward to working with such a talented group of comic creators, including Matt Kindt, Dougie Braithwaite, Christos Gage, Jeff Lemire, Stephen Segovia, and more. Valiant’s approach to crafting comics, one that emphasizes quality over quantity and a dedication to audience expansion, fits lockstep with my own creative philosophy, and I’d like to thank Editor-in-Chief Warren Simons and Publisher Fred Pierce for allowing me the incredible opportunity to play in this sandbox of fresh and diverse characters.” 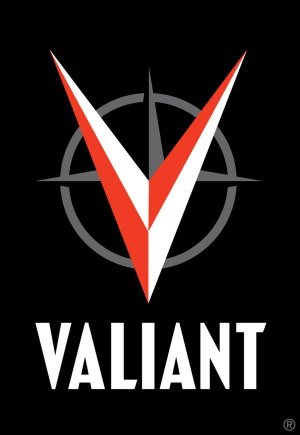