Special shout out and thanks to audiobyalyssa on Fiverr.com of the new theme. If you’d like something like this visit the link here.

Your Geek Question for the Week 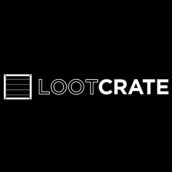 This episode is sponsored by Loot Crate, a #geeks best source for unique gear & awesome tees. Sign up lootcrate.com/GCRN Use coupon code TBV to save $3

This Month’s Theme Is BUILD!

This Theme Is Perfect for Fans of: PRIMAL

<ROAR> That roar in the distance is a call. Will you answer it? This month we’re going PRIMAL and unleashing the beasts of some of pop culture’s most ferocious franchises. This savagely sweet collection has items from Overwatch, Wolverine, Jurassic World and Predator and
includes, as always, our monthly tee and pin!

We hope you continue to enjoy the episodes and please feel free to respond to any and all feedback methods. We will read and reply on the show. Topic suggestions also welcome. So get Altered, Get Geeky with the Altered Geeks.

Movies to Show My Son: Back to the Future