On Today’s episode The Cinema Geeks ….. React to the latest Doctor Strange casting rumors, discuss plans for the next Transformers movie, give you our thoughts on Maggie and Tomorrowland as well as react to our homework assignments of Short Term 12 and the Book Thief and in the main attraction we give you an inside look at what makes us all Cinema Geeks.

League of Extraordinary Gentleman: Another try?

Legend of Conan: New film to be sequel to 1982 movie

Star Wars: Which country will screen for first time?

Me Earl and The Dying Girl: International Trailer

The End of the Tour: 1st Trailer (Biographical Drama)

The Diary of a Teenage Girl: 1st Trailer (Drama)

Raiders of the Lost Ark

Interview with the Vampire

Queen of the Damned

Name a movie(s) that has made you cry? 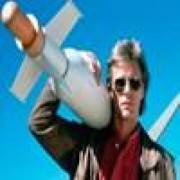