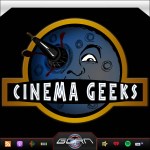 Today on Episode 174 of the Cinema Geeks …..we finally wrap up our Video Game Film Series with our overall thoughts on the genre. What films represent the worst of the genre? Which films are the best? What does the future of video game films look like. THEN IN THE SECOND HALF WE REVEAL THE 4 POLL OPTIONS FOR OUR NEXT FILM SERIES. So, make sure you listen in and cast your vote for what you would like for us to cover most!

What is your favorite and least favorite Video Game Film?

What do you want to be our next film series?

UNLEASH THE GEEK IN YOU

How To Turn Your Home Into A Smart Home