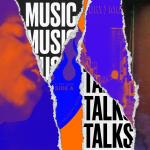 In Episode 196 of GCR we explore when a song brings you from a smirk to a smile…. That’s when Music Talks to you. TFG1Mike has Terry Smith back for another conversation all about music! This time around Mike takes Terry’s format and applies it to one band. Can there really be a band that has songs that might have fit into the 60s, 70s, 80s, 90s, 00s, 10s, and even beyond that? Tune in to find out. UNLEASH THE MUSIC GEEK IN YOU!!

UNLEASH THE MUSIC GEEK IN YOU!

What You Should Know Before Buying Tech Directly From China