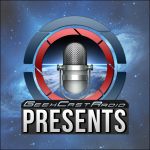 Episode 22 of GeekCast Radio is the second installment of the Top 100 Animated Series Countdown. Mike finds many of his personal favorites landing on this episode much to the angst of Kevin and Phil. Join the guys for a truly diverse look at the next 20 shows on the countdown!!