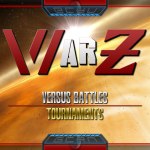 In GCRN WarZ Ep 33 we conclude the Tag Team Wrestlers Tournament! TFG1Mike, TV’s Mr. Neil, Matthew Stewart, and Optimus Solo are your fatal four way of wrestling fans, who are here to see who made it to the FINAL MATCH of this WarZ Tournament that pits 2 Wrestling Tag Teams against each other in order to WIN it all!! Listen in as we debate over which of the two teams that are left standing will win this first Wrestling Tag Team Tournament. It’s down to the DEVASTATING DUDLEY BOYZ and Bret who dropped an avil on his partner Jim… The Hart Foundation! #UNLEASHTHEWRESTLINGGEEKINYOU and find out which TEAM is the BEST in the WORLD!

UNLEASH THE WRESTLING GEEK IN YOU!