In Episode 43 of The Punisher Bag, the hosts continue on with PUNISHER MONTH. This time we tackle something that very much interests TFG1Mike. The 2004 comic book adaptation of the blockbuster 2004 film starring John Travolta and Thomas Jane. This isn’t vengeance, this is PUNISHMENT! We also talk about the FIRST APPEARANCE OF THE PUNISHER in Amazing Spider-Man #129! Be sure to make your GREAT ESCAPE into Comics! 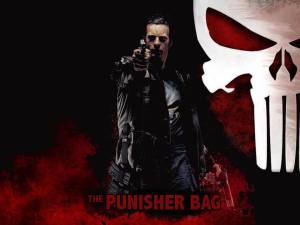 This art was originally made by Punisher Body Count Group member Andrew Dashiell Sam. With GCRN accents added by Steve/Megatron.