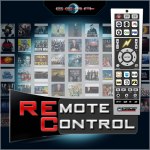 In the 10th SEASON PASS episode TFG1Mike enlists the help of Ryan the UnEvenFlow to BREAK BAD!! We talk about AMC’s Breaking Bad Season 2! This season at first pissed Mike off because of the way the story is told with the plane crash, listen in to see if a second more level headed viewing has changed his mind. So stop channel surfin’ because you are now tuned into Remote Control!!!

Question #1:  What was your favorite moment from Breaking Bad S2?

Question #2: Who is your favorite character from Breaking Bad S2?

Question #3: When Was Your Walt Went BAD Moment in Breaking Bad S2?

UNLEASH THE TV GEEK IN YOU!!!