In order to ensure the Top 100 TV podcast was as best as it possible could be we reached out to a number of our friends to get their help. Below is a list of podcasts and websites that were kind enough to help us out with this endeavor. If you enjoy anything GeekCast Radio, related I can guarantee you will enjoy their stuff. So read their reviews, listen to their podcasts, and mainly show them some love!

The FTW Podcast is Tim Costa, Hermano DaSilva and Walter Vinci who discuss movies that could be new, old or a film that is on all our lists of shame.

The Geek podcast with Unlimited potential. Each week we dive into the the newest Film, TV, Toons, Tech, Gear and News. Get Altered, Get Geeky with the Altered Geeks!

Small Screen Savers is lead by Kevin Dillon. He is an avid reviewer of movies and entertainment. You can find his work on www.smallscreensaver.blogspot.com/ and www.unappreciatedscholars.com/. Being located in Ireland Kevin brings to a list a unique perspective to make our list truly worldwide.

A brand NEW TV podcast is coming to GeekCast Radio. Introducing…Remote Control! Remote Control (RC) will have several types of episodes that will give you a totally fresh and different take on TV compared to what you will be getting on TeleCast.

Positively Nerdy is a celebration of fandom covering comics, movies, television and games through videos, podcasts and more! Celebrate your fandom at positivelynerdy.com.

Simplistic Reviews is a blog that reviews movies and television shows from the past and the present. Film Buffs Matt, DJ & Justin also host a monthly podcast. 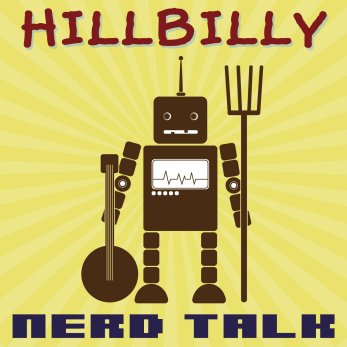 How often do you hear “hillbilly” and “nerd” mentioned in the same sentence, much less in the same show title? Hillbilly Nerd Talk is a podcast recorded deep in the hollows of rural Appalachia by a married couple, Hank and Petra, who can best be described as educated Hillbillies.ppalachian culture is often ridiculed by outsiders, but on this show you will get an unscripted glimpse into our world.  Don’t be scared.  It’s not all Deliverance and Wrong Turn around here.  There are lots of rural Appalachian traditions we enjoy, but as you will hear we also embrace science and technology.  Our discussions will range from terraforming Mars to our neighbor’s problem with opossums getting in his chicken coups.  Have you ever made moon shine?  How about a discussion on the latest parallel universe theory?  Are you getting the show concept?  With your input, we just might use our Hillbilly Nerd Logic to solve all the world’s problems.

Our Weekly Film podcast featuring Actors, New Films, Trailers and more! Amanda, Kevin, and Dan bring you a variety of movie topics, games, and news to keep you up to date with everything movies. Even if you are a general movie fan or a avid movie buff Cinema Geeks has something for you to enjoy.

If you love Doctor Who as portrayed by Peter Capaldi or any of his predecessors (William Hartnell, Patrick Troughton, Jon Pertwee, Tom Baker, Peter Davison, Colin Baker, Sylvester McCoy, Paul McGann, Christopher Eccleston, David Tennant, and Matt Smith) or even Peter Cushing, then you’ll love Markwho42. We delve into the original and new series on a weekly basis. We have reviews, interviews, and all the latest news from here to Gallifrey.

After years of endlessly inane discussions about pop culture, movies, comics, TV, video games and other random crap, we decided to start recording and sharing it for posterity! Enjoy!

Each of them are over 30 years old and have family and job responsibilities. Time is limited. Money is limited. Maturity is setting in. But there’s always time for a little lunch and maybe that’s where they can get their Nerdin’ in. But since they no longer live near each other, they come here instead of get together for lunch.Welcome to Nerd Lunch…the place where three guys, each with over 30 years of nerdin’ experience, come together to pontificate on that which they no longer have much time for anymore.

Whitt is many things. I am a writer, a doctor, a nuclear physicist, a theoretical philosopher. Above all, he is a man, a hopelessly inquisitive man, just like you. You can check out his reviews at www.audienceseverywhere.net. 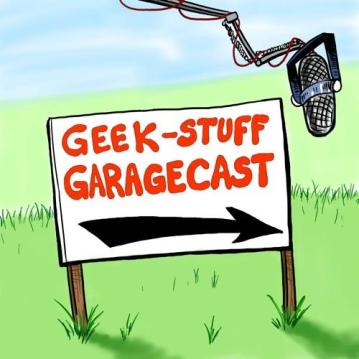 They are 4 geeks that have been podcasting for the better part of 5 years.  They started a podcast called The Lunch Room and eventually started working on podcasts such as Off the Cuff,Altered Geek, and The Pull Bag on GeekCast Radio.  They decided to shift our priorities and create our new podcast and website so we had a platform to express our love for all things geek.

We are the Animation Aficionados! What do we do?  Every week, we discuss animation of the past and present.  Join us and our weekly round table!  Anyone and everyone is welcome to join!  We LOVE to have anyone willing to debate(logically), as long as they are passionate and clear.  Even if you disagree with us, we WANT you on.

They are movie cinephiles and their podcast is dedicated to their love of art and film. Regardless of the genres, actors, composers or directors, they love discussing and analyzing everything that is movies and film. At InSession Film, they have a variety of topics they discuss on their movie podcasts and they have a great time doing it.

Nerdly.co.uk is the UK’s home for all your geek and nerd needs. They have reviews of movies, TV shows, games, and so much more. Fandoms of all shapes and sizes will have a blast reading, watching, and listening to the consistent awesome content they put out.

Barry and Jairo are not accredited film critics, nor do they hold an advanced degree in film. They are simply enthusiastic men with 6th grade education.

It’s a grab bag of topics, you never what will be discussed. There are also themed episodes. Such as “Holy Batcast” discussing the ’66 Batman TV show. “Kaiju Bless You…you’re welcome”, discussing rubber monster madness goodness. “The Mouse That Roared”, discussing the non-family-friendly Disney films. “The Soapcast”, where I get on my soapbox and rant.

The Telecast is a show that gives you a chance to re-live the television broadcasts of the past. Join first-time host, Kevin “Optimus Solo” Thompson for  The Telecast in which the GCRN crew will focus on live-action children’s programming that anyone born in the 80s is sure to remember. So, for an entertaining trip down memory lane, turn off your television and turn on The Telecast!

Stay connected with Talking in Circles a pop culture talk show where hosts Dan, Greg, and Chuck wax poetic about comic books, movies, television shows, and pretty much anything else in geek culture. Come for the witty banter stay for the exciting games, hilarious skits, and crazy but true news stories. Get ready to expect the unexpected with Talking in Circles brought to you by The Geekcast Radio Network.