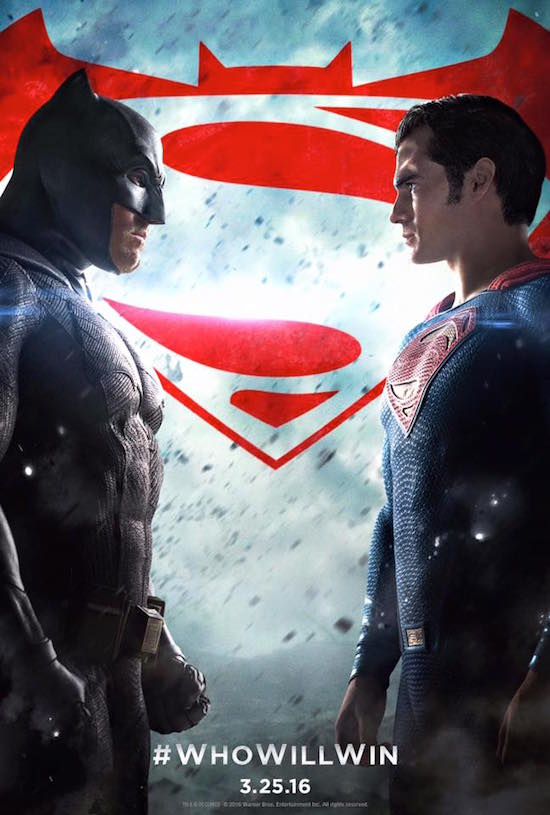 After what feels like years of buildup Batman v Superman: Dawn of Justice  has finally hit theaters. With it comes massive amounts of expectations, not only in hopes it will live up to the hype but also work as a beginning point for an entirely new cinematic universe. Time will tell if it will work as a successful launching pad, but currently Batman v Superman is a movie with big ideas but also big problems. Director Zack Snyder and his team have crafted a film full of ultra-seriousness, dark overtones, and mature themes that make it clear counter programing to the lighter Marvel movie affair. The issue is this counter programing is missing essential story elements to make it a universe worth investing in.

The story picks up eighteen months after the events of Man of Steel. The world is still coming to grips with the fact that they are no longer alone in the universe. Now their world is home to an all-powerful alien whose godlike abilities may make him the savior for mankind or the tool to its ultimate destruction. This debate is raised all over from public opinion, to the US Senate, to the murky shadows of a Batcave. Bruce Wayne AKA Batman has seen the power of the Krypton up close and personal and worries Superman is not the symbol of hope some claim. This fear sends him down a path to conceive a way to end Superman before he ends us. The question becomes is Batman serving the greater good or just another pawn in a much larger scheme.

While many have been comparing this to Man of Steel  for me the better comparison is Watchmen. Both being ambitious projects led by Snyder that show his skill as a visual storytelling and failure as a thematic explorer. Instead of capturing the essence of these classic stories and adapting them to make them his own, he plays them like highlight reels showing us the standout moments but never doing the work to make those moments matter like they did in their original form.

It’s not for failure of trying. Snyder attempts to incorporate a philosophical examination of the role of god, man, and even the impact of parents. The issue is it is incorporated in such a sloppy and forced way the script reads like overzealous fan fiction written by someone with a Wikipedia understanding of Greek mythology. Ultimately this exploration is null and void because everything devolves into a barebones beat ’em up action sequence that lacks true reasoning. Some may claim this is the more adult version of a comic book movie, but the fact remains its maturity can only be found in its dour tone. Narratively it is as simple as the most straightforward action film where character actions are often void of motivation. 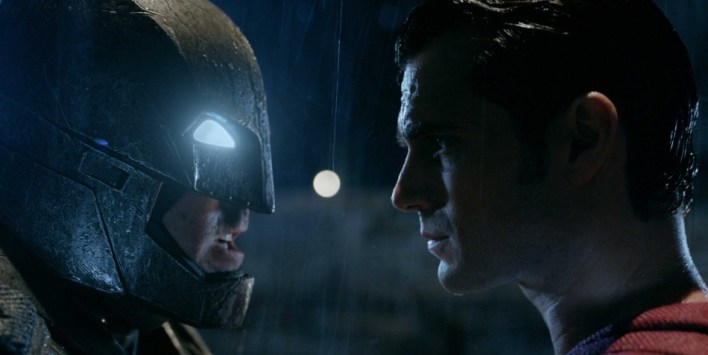 The catalyst for much of the films plot lies with the character of Lex Luthor played by Jesse Eisenberg. Eisenberg’s performance is…well unforgettable to say the least. This is not the coldhearted business mogul many picture when they think Lex Luthor. This character is manic with a loose grasp on his mental stability. He has the speech pattern of the Mad Hatter with the flamboyancy of a new aged Riddler. To Eisenberg’s credit you cannot help but hate everything about the character from the moment he walks a screen.  The true issue with the character has nothing to do with Eisenberg. It is never clear why he is doing what he is doing or what his end goal is or if he even has one. He is simply evil for the sake of evil.

Perhaps the biggest failure of this new DC cinematic universe is the failure to establish Superman. Two movies with Henry Cavill in the role and his character remains ill-defined. Never I have seen a version of Superman so lacking in conviction. Clark Kent is bent on ending the vigilante reign of Batman, yet Superman commits eerily similar vigilante justice himself with little regard for the after effects. At one point Superman insists the symbol on his chest no longer stands for anything and after watching Snyder’s version of the character twice now I am inclined to agree with him.

Even with the films failures I still hold out hope for the future of DC films. There are successes here to build upon, mostly everything revolving around the character of Batman. The casting of Ben Affleck as The Dark Knight caused quite the uproar. So far Affleck shows he is fully capable to wear the cape and cowl. This is the most seasoned version of Batman we have seen on screen and perhaps the most violent. Unlike the other characters we come to understand his fear of the man of steel and why he is willing to go to such lengths to end him. Through a number of apocalyptic visions we see what Batman fears the world can turn into under the power of Superman. 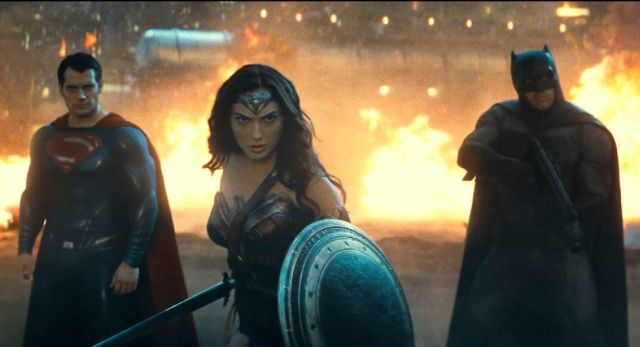 These visions are the perfect amalgamation of Snyder’s success and failures as a director. On a visual standpoint Snyder knows how to take the unique beauty of the comic page and transform it to the big screen. The issue is that beauty is only skin deep. Sure watching Batman in a Mad Max esc post-apocalyptic world looks cool, but it is so awkwardly forced in it feels like someone accidentally changed to channel to an entirely different movie.

Similar issues occur for what could have been some of the film’s best moments. The showdown between Superman and Batman at times resembles sequences from Dark Knight Returns, but never has nearly the same emotional weight. A moment that should feel inevitable, a moment that should come off as two imposing wills at an unavoidable crossroad, comes off as not much more than happenstance. Even when we see the dawning of the Justice League there is an absence in gravitas within in all the unorganized chaos.

It is clearer than ever though that if DC is going to succeed Zack Snyder cannot be the person leading the charge. Luckily for them they have much more capable director already on payroll so they do not need to look very far.